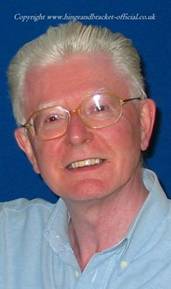 George Logan was born on 7 July 1944 in Rutherglen, Scotland, to a musical and theatrical family. He was educated at the Rutherglen Academy and Glasgow University, while studying piano at the Royal Scottish Academy of Music.

A classically trained pianist, he has a particular interest in opera and vocal music.

Immediately after leaving Glasgow, Logan worked in London as a computer programmer, but continued to use his skills as a pianist around the London clubs and pubs, accompanying stage acts. In 1970 he met and became friends with Patrick Fyffe, and together they formed Hinge and Bracket, making their first appearance in 1972.

Logan applied his formal training to producing all the musical arrangements for the act. Because of the atypical vocal range of the performers, much of Hinge and Bracket's musical material required transposition or adaptation for performance.

After the death of his stage partner, and a few seasons of pantomime, he retired from the stage in 2004.

Having, like his counterpart Evadne, "the advantage of French", as well as an interest in fine food and wine, Logan moved to France with his partner and opened a bed-and-breakfast in the Limousin,[1] which they continue to run today.

Let's hope there will be more appearances 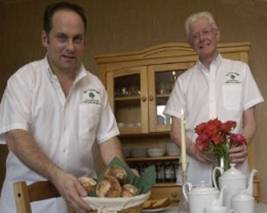 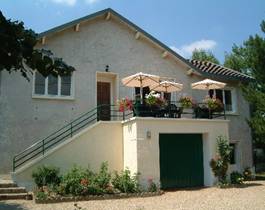