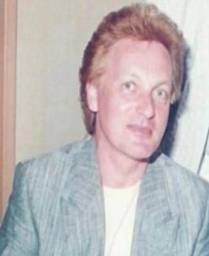 Patrick Fyffe was born on 23 January 1942 in Stafford, Staffordshire and died on 11 May 2002 at Wellington, Somerset from bowel cancer. He is survived by his sister, the soprano Jane Fyffe, who was a performer with the D'Oyly Carte Opera Company in the late 1950s.

Two of Fyffe's immediate family, his mother and maternal aunt, had been active in musical theatre, but he initially trained as a hairdresser, and ran his own salon in Stafford before making a career on the stage.

He was a regular star of local amateur productions, but a desire to turn professional took him to London. His early professional appearances included a 1964 production of the musical Robert and Elizabeth, at the Lyric Theatre,[1] (in which his sister played the lead for a period, and he played one of Elizabeth's brothers), and a 1971 production of the same show at the Alhambra Theatre, Glasgow.[5]

With some experience of repertory and a couple of provincial tours behind him, Fyffe invented the character of glamorous soprano Perri St Claire. Played on stage as a sophisticated young lady with singing talent, the "Perri" character was sufficiently eye-catching to earn him some television slots, and Fyffe was asked to appear in character in a number of television series of the late sixties, notably Z Cars and the last programme of Doctor in the House Series 1 in 1969, when he appeared as a cabaret singer.[2] Fyffe also appeared in the first Steptoe and Son film, as a drag artiste who becomes the mistaken object of Steptoe Senior's lust.